ENVY/VERTIGO is the video work in the form of an experimental doc.  Portable digital video-camera is attached to the body. The body is moving in space demonstrating the proprioception gesture, a hand gesture is synchronized with every other part of the body. The mind is aware of the position of each part in the space and the movement is recorded with the digital video camera that is attached to the hand (cables are attached to the hand, the back and leg, plugged to electricity).  The movements, gestures of body parts in space, are instantly digitalized by the video camera that is attached to the body and therefore a digital image is an integral part of the movement itself.  The frames are reflecting those gestures as up side down or vertigo scenes in the video. It represents the experimental intention of changing the perspective, perceiving the other angle on the environmental surroundings, the architecture of the space or people sitting at the audience in the hole room. It is all real time recorded and instantly projected on the screen. Therefore the audience can see the inverse picture, inverse moving digital image, of themselves. A playful manner, multiple pictures of reality with new media, the video camera, mobile phone and projection screen.  The mobile phone is placed on the ground and it has a significant role in the video. In few scenes, a hand gesture is taking the mobile phone and activating the Selfie mode on a mobile phone, while video camera that is attached to the other hand is reflected in the mobile phone (in a mirror) and recorded as the Selfie image. Those Selfie images are another layer of digital images that are projected on the main screen in the center of the main hole-room of the SKC (Student Cultural Center Belgrade).

The works signify playfulness of movement, inverse perspective, changing of perception, overlapping the movement as proprioception gesture with digital real time capturing, overlapping the analog and digital reality. If you look at Vertigo effect, acknowledge by Roger Caillois[1] it’s one of the four play forms for understanding the complexity of games. Vertigo or Illinx by Caillois could be understood in the sense of altering perception, example children are spinning around themselves until they fall down.  In the case of this video-work spinning is accomplished by a proprioception gesture demonstrating Chi-gong movements, again to underline all is being recorded and projected in real time as a digitalized reality. How Vertigo as a notion of the real in the video – work is related to the notion of Envy?  Envy/Vertigo relation highlights human and new technology development relation. Contemporary life is overwhelmed with use of mobile phones,  social media (Facebook, Instagram) humans are stimulated to constantly produce thousands of digital images of themselves and their private life, being self-oriented narcissistically captured into the digital. That narcissistic nature of use of the digital image on mobile-phone or social media is often related to an envy emotion inside of the social network interaction. Selfie images are the culmination of self-oriented ego centered function of the digital image and how to use it in a different way for communication and understanding the other. Vertigo has that impact to alter these assumptions and highlights the new technology advantage towards ”new horizons”[2], where analog/digital overlapping is used for creative expression.

[2] “Art provides a new perspective that turns our eyes to new horizons” says Hiroshi Ishii (from the talk at POST CITY, Ars Electronica festival 2015). “Many people are swept up in the technology and do not understand the importance of the physicality. What I’m trying to do is take advantage of computation but not give up the beauty of the physical world. Techies want only to know how something works. But a great sensitivity is missing. Aesthetics is also very important.” says Hiroshi Ishii. (from http://spectrum.mit.edu/fall-2004/tangible-technology/)

Isidora Ficovic has been invited by the artist Snezana Arnautovic to participate in the interactive performance with her on the theme ENVY, as part of the serial of Snezana’s performances “Snezana and the seven deadly sins” on BELEF festival ’17 in SKC Belgrade. During the interaction, Isidora produced the video work as the real time result of mind-body gesturing in both, physical and digital space, highlighting the human relation to a new technology.

Kanji symbol for zero was developed with calligraphic writing on IAMAS (Institute of Advanced Media Arts and Sciences) in Ogaki (JP) in 2016. The sign of zero is presented in this work as a hidden zero that observer discover with analog interaction revealed through the medium of the photo displayed on the mobile phone. Ten magnifier different sizes and shapes are the tool of interaction, where each provides a different sensation of digital pixels in an eye of the observer.
”..and time is zero and point. I have worked long on the theory of relativity and I found actually hidden zero in the special theory, what does that mean? That means that in all points, as everywhere is the present, and since the present does not have flow, it is always now, that moment is immeasurable because it is the infinity that in terms of numbers can be presented as zero.. ” says Velimir Abramovic.

Design your own coffee cup holder

Inside of a Starbucks coffee on Istiklal street in Istanbul, when a customer opens the package envelope, it gets the instruction and elements for designing a coffee cup holder based on a game rule with a dice. The photo bellow illustrates the rules of a game with several offered options, depend on a number customer gets when throwing a dice. 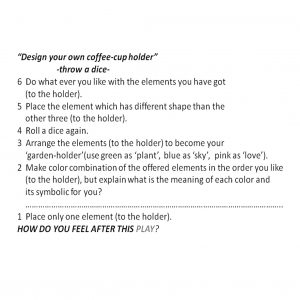 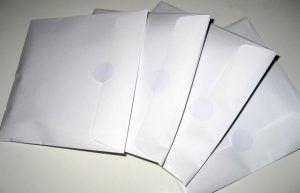 The product “Design your own coffee cup holder” is produced in the Personal Research course at Bilgi University, Visual Communication Department (VCD). In the process of designing the product, there were several phases (back and forth): 7. production 6. communication 5.definition – modeling  4. research – refinement 3. conceptualization 2. identification 1. inspiration 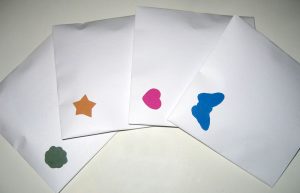 Isidora Fićović
RGB Geometry
interactive painting
2015
An interactive installation extends the capabilities of the classic painting media. It is composed of three images where three geometric shapes: circle, triangle and square, are placed on a yellow background. Each of these geometric shapes represents the basic elements that make up the universe: spirit, energy and matter. By touching the picture with a hand, LED bulbs in particular colors are activated: red, green and blue. The installation is inspired by the visual signs that we encounter in everyday life, which are visible from great distances and indicate specific meanings of forms.

How to apply old world values to a new world technology regarding the art field. The human touch in communication is easily lost in today’s digital age. The communication through the computer as technological tool includes the interface of buttons, screens, and keyboards. How could be developed sensible-tangible-tools for enabling users to communicate with digital data reading, creating aesthetical value? What about handwriting as the method for digital-information-flow by using certain objects or tools that make difference to a typewriting, a proprioception aesthetic. Multimodal thinking in the period of technological developments depends on the physicality of an interface, how tools are constructed, designed and appropriated for bodily sensorium of users. This project is about producing interactive artwork for playful participatory action using an interactive fountain pen and the gesture of proprioception triggers a sound.

sketches for the interactive fountain pen, a different movement of gestures in space, lines of gestures trigger a sound.

The proprioception gesture in communication triggers a sound, a drawing/writing gesture with a sound in space.